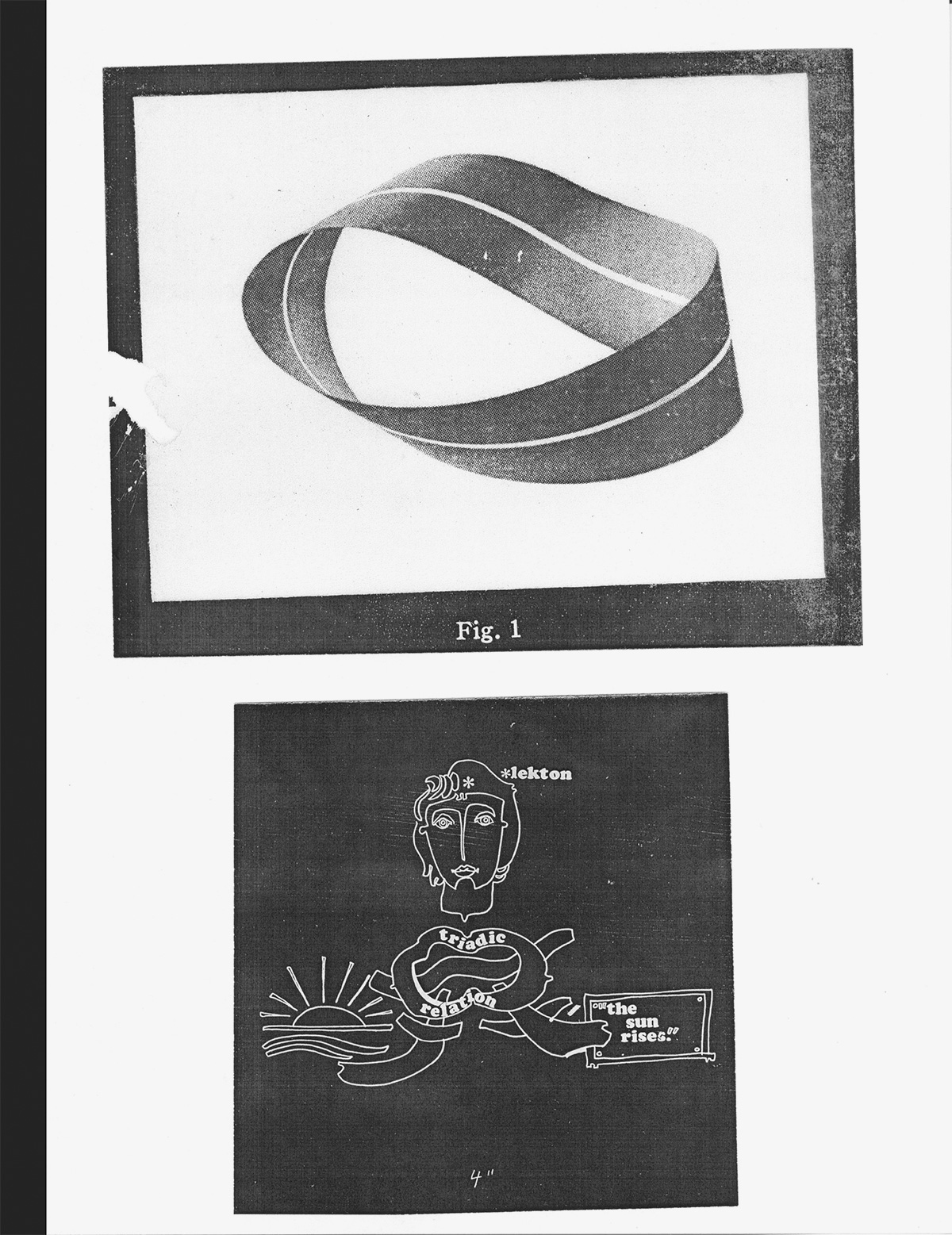 Kunstverein has been interested in the work of Paul Ryan since the summer of 2012. We decided to introduce you to his work via live workshops on ‘threeing’ and an eclectic, investigative source book.

Paul Ryan (1943–2013) was a pioneering video artist, writer, teacher and theoretician who worked and lived in New York City. Ryan’s work appeared in the groundbreaking exhibition TV as a Creative Medium at the Howard Wise Gallery in New York in 1969, and he was a member of the Raindance media collective as well as contributor to its seminal video journal Radical Software. Much of Ryan’s theoretical work focuses on triadic behavior—the interrelation of three units or persons—codified by Ryan into the concept of ‘threeing’, as well as the Earthscore Notational System which draws upon video to address issues of ecological sustainability. Paul participated in Documenta 13 with threeing live sessions. ‘Paul Ryan’s Threeing is comprised of situations in which three or more people create sustainable, collaborative relationships.’