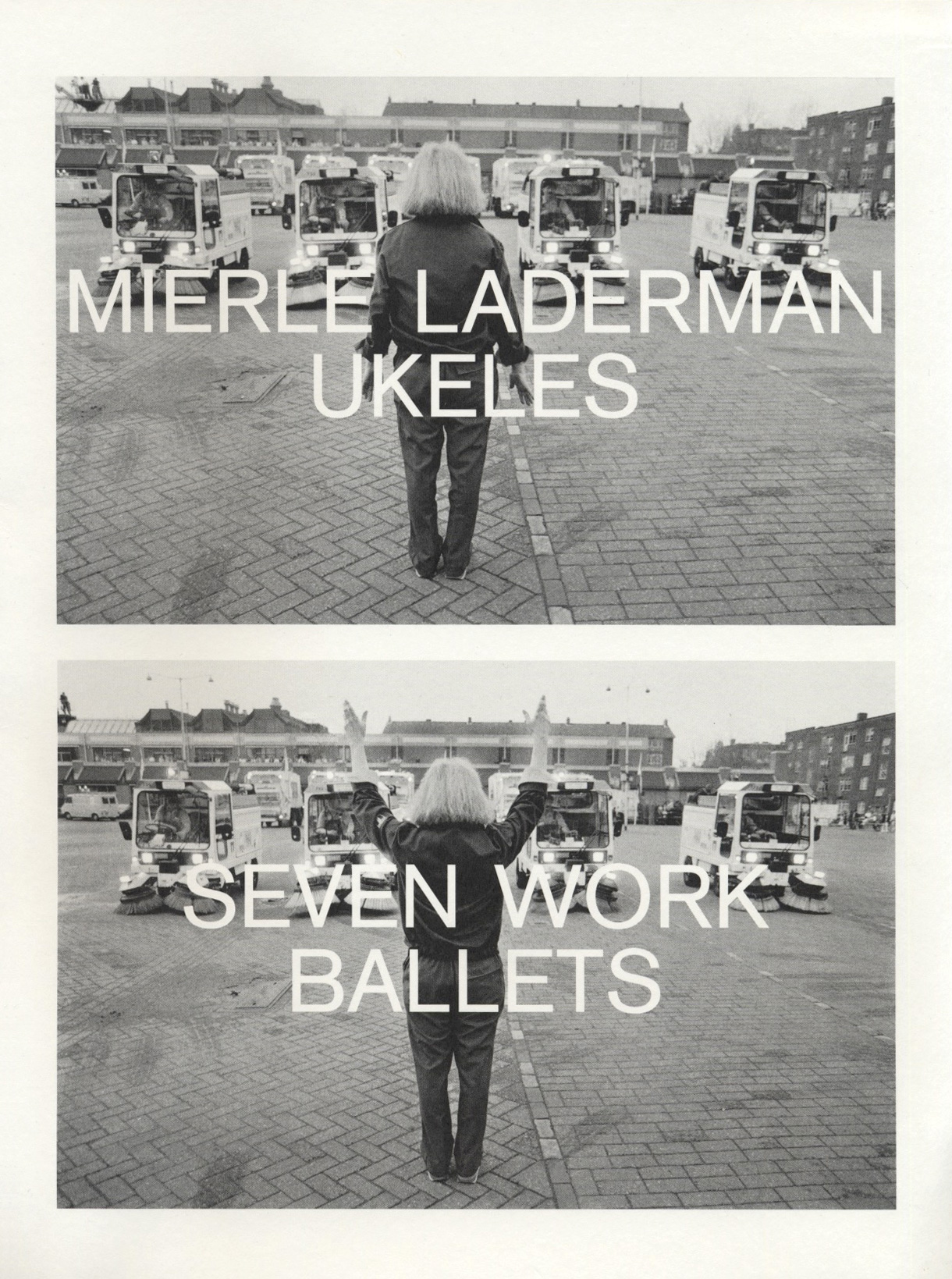 This is a story of seven public projects—work ballets—by an artist crazy about the public domain as our common home, wild about public systems, infrastructure, and public workers. I tried to provoke the limits of severely restricted work systems, to pry all this open a bit, to spring service workers out of frozen cliches, to sing out that they are all part of creating a culture that is alive.

Mierle Laderman Ukeles’ Manifesto for Maintenance Art 1969! proposal for an exhibition entitled CARE (1969) was a major intervention in feminist performance practices and public art. The proposal argued for an intimate relationship between creative production in the public sphere and domestic labor—a relationship whose intricacies Ukeles has been unraveling ever since. In 1977, she became the unsalaried Artist-in-Residence for the New York City Department of Sanitation, a position that enabled her to introduce radical public art into an urban municipal infrastructure.

Through archival research, this monographic publication focuses on Ukeles’ work ballets—a series of seven grand-scale collaborative performances involving workers, trucks, barges and hundreds of tons of recyclables and steel—which took place between 1983 and 2012 in New York, Pittsburgh, Givors, Rotterdam and Tokamachi. Over the past four decades, Ukeles has pioneered how we perceive and ultimately engage in maintenance activities. The work ballets derive from her engagement in civic operations in order to reveal how they work though monumental coordination and cooperation. Mierle Laderman Ukeles: Seven Work Ballets is the first monograph on Ukeles’ seminal practice, and is as much an artist’s book as an art-historical publication.