The show is about two people who use language/words and even letters in their very own way. Rammellzee liberated letters from their enslaved status in the alphabet so that they could do battle. And Weiner saw words in the air and on people.

We’ll have paintings by Rammellzee and books by Weiner. 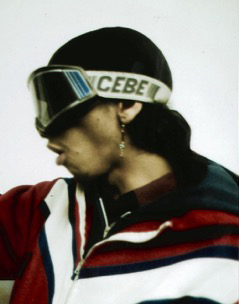